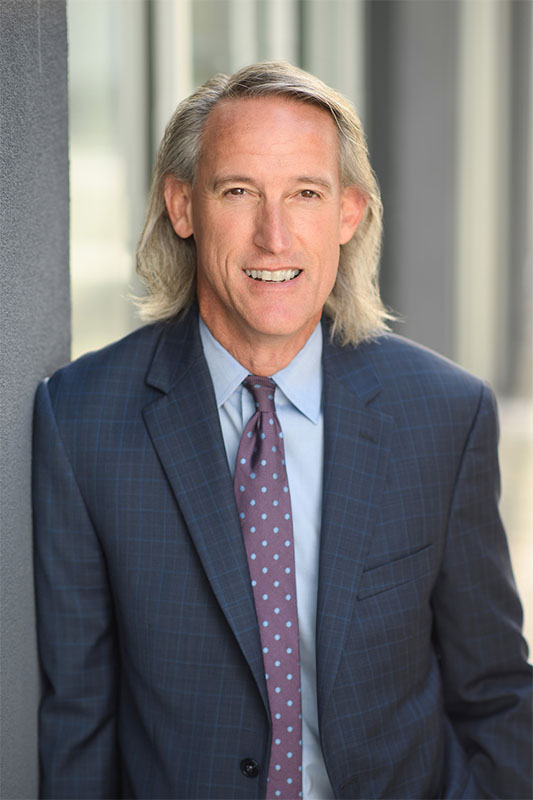 John S. McLindon is "Of Counsel" to Walters, Papillion, Thomas, Cullens, LLC. A lifetime resident of Baton Rouge, he began his law career in 1989, and remained in private practice for over 23 years, joining WPTC in 2013. While he has vast experience in a variety of legal matters, the focus of his practice is on criminal defense, particularly in Federal Court. As lead counsel in over 35 jury trials, including a number of high profile cases, he has obtained not guilty verdicts and dismissals for many of his clients.

A graduate of Catholic High School in Baton Rouge, he is a 1989 graduate of the Paul M. Hebert Law Center at LSU. In 1999, John graduated from The National Criminal Defense College, the preeminent criminal defense training program in the United States. As a member of the National Association of Criminal Defense Lawyers, all Federal District Courts in the State of Louisiana, the Fifth Circuit Court of Appeals and the United States Supreme Court, he represents clients across the South. He is a member of the Baton Rouge Bar Association, where he is a contributing author for "Around the Bar," a journal of the organization. He served as President of the Young Lawyers Association, as well as a member of various committees of the Baton Rouge Bar Association throughout the years. He is also a member of the Louisiana State Bar Association and conducts Continuing Education seminars to attorneys throughout Louisiana. He is a frequent lecturer at Louisiana State University's School of Business, and participates as Judge for Trials at the LSU Law School. Additionally, John is a Probation Monitor for the Louisiana Office of Disciplinary Counsel.

John is a committed activist in the Baton Rouge community, where he is on the Board of Directors for Catholic High School Alumni Association, a lifetime member of Catholic High School Men's Club, and serves on the Ecumenical House Board of Directors. John is also the coach of the cross country team for St. Jude School in Baton Rouge. John and Michele Thibodeaux McLindon married in 1990, and have four children: Bonnie, Camille, Miles, and Britt.

These are just a few of the many cases in which Mr. McLindon has obtained favorable results for his clients over the 24 years he has been practicing criminal defense.

In 2016, Mr. McLindon represented the Sheriff of Iberia Parish who had been indicted by the United States Attorney's Office with multiple counts of Civil Rights violations.  After a week-long jury trial in Shreveport, Louisiana, the jury acquitted the Sheriff on all counts.

In 2016, represented the Secretary of the Louisiana Department of Health and Hospitals who had been indicted with 9 counts of perjury.  After three years of pretrial discovery and intensive investigation, the Louisiana Attorney General's Office dismissed the entire indictment.

In 2015, represented a company who had contracted with the Livingston Parish Council to provide services to the Parish related to cleanup from Hurricane Gustav.  The District Attorney and the Office of the Inspector General began investigating Mr. McLindon's client, which led to the matter being presented to a Grand Jury.  The Grand Jury refused to indict, thereafter, the DA for Livingston Parish chose to go forward with the prosecution, filing an 81 count Bill of Information against the client.  The Court found no probable cause at the Preliminary Hearing, however, the DA and the Office of the Inspector General persisted in their prosecution.  After an initial round of discovery, the District Attorney voluntarily dismissed 59 counts.  Mr. McLindon filed a Motion to Suppress all evidence relating to the remaining counts, and the Trial Court granted the Motion, resulting in a dismissal of the case.

In 2014 Mr. McLindon represented one of 4 men charged in Federal Court with various narcotics offenses. After a 12 day Jury trial with over 40 government witnesses, the jury found our client not guilty. He was the only one of the four defendants who was acquitted.

In 2011, represented a Chief of Police in Louisiana who had been charged by a Federal Grand Jury with an 11 count RICO based Indictment. After a week-long Trial, the jury acquitted the client on all 11 counts.

In 2013,'a former government official in a Louisiana municipality was arrested and charged with violating State RICO laws, along with theft and other associated charges. The client was presented to the State Grand Jury in East Feliciana Parish, and the Grand Jury returned a "No True Bill", which resulted in the District Attorney dismissing the entire case.

In 2013, the co-owner of a local business was involved in a contentious breakup of the business with his partner. Our client was charged with multiple counts of theft. The case was tried in East Baton Rouge Parish, and the Judge returned a verdict of "Not Guilty" as to all charges.

In 2006, in the United States District Court for the Western District of Louisiana, we won the dismissal of a multiple count indictment against our client for violation of the Federal Speedy Trial Act.

In 2012, after a five year battle with the United States Attorney's Office, we negotiated a multiple count, arson and insurance fraud case down to a one count Bill of Information for which our client received probation.

American Inns of Court
Past Member

Get back to where you once belonged: The deportation of John Lennon, co-authored with Patrick Kennedy, Jr., Published in Around the Bar - Baton Rouge Bar Journal

Conditional Pleas Under Rule 11 of the Federal Rules of Criminal Procedure.

Doing Federal Time - An Overview of the Federal Bureau of Prisons.

Busted on the Bus - Is it a Seizure?

United States v. Jones - The Government's Use of a GPS Device Constitutes a Search or Seizure

Ecumenical House Board of Directors

Coach of the Cross Country Team for St. Jude School in Baton Rouge